Home » Inventing Anna- Are we all grifters?

If anyone has watched the latest Netflix series, Inventing Anna, you might have some idea of what I’m talking about.

Based on a true story, it tells the fascinating tale of how an unassuming woman, Anna Delvey ( Real name Anna Sorokin)  conned her way into the New York’s high society by pretending to be a German heiress.

As well as being entertaining and intriguing, it shines light in some dark places. Think, the rich becoming richer, consequences being different for different people, being treated differently due to your background or what you’ve got between your legs. All the things that are inherent in our world today, but we may feel powerless to change.

The main thing I can’t stop thinking about since I binged the show is, aren’t we all, sort of, grifters? Or conmen, or hustlers. Whatever you want to call it.

How many of us can say that we are completely and authentically ourselves in any given situation? That we aren’t all ‘faking it until we make it’ in some small way. I reckon that very few people are truly and completely themselves in every situation. And of course, why would we be? Generally, life experience teaches us that it can be dangerous to be completely yourself. I’m talking:

In general, most people will be aiming to make themselves look as best and most appealing as possible for the situation they find themselves in. There’s nothing necessarily wrong with that. But, it becomes problem when we feel that who we are is not enough for the situation and therefore we must skew the truth a little bit to make ourselves seem ‘better’.  Now, you may not be asking for a 40-million-dollar loan you can’t afford or pretending to be a German heiress, but you’re also not quite being yourself.

I can’t help but think, if we were all a bit more honest with each other and allowed for our ‘humanness’ to show, wouldn’t be we all be happier in the end?   It’s all so tiring and inevitably unfulfilling to live a life that you are not completely yourself in. So, I say let’s give up the hustle, let’s stop the long con. Let’s let a little bit of humanity show. After all, we will have loads more energy, be happier and be less likely to be arrested for fraud.

You can watch Inventing Anna now on Netflix. We recommend checking out this article written by Anna herself. 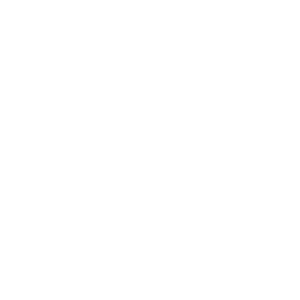